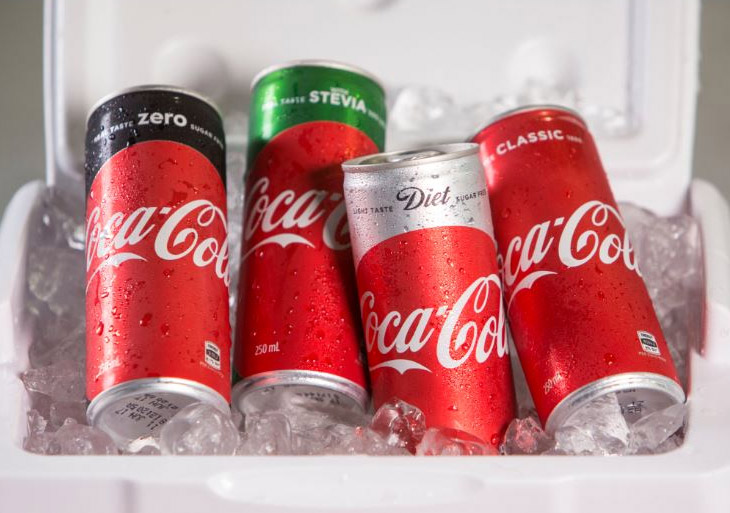 Coca-Cola has today begun the rollout of new can and bottle designs in Australia, a year after announcing the most significant marketing overhaul in its 130-year history. The packaging has been rolling out globally since April when it first arrived in Mexico after a significant testing phase. At the centre of the global “One Brand” strategy is the move to unite all Coca-Cola products under a single visual identity system anchored by the iconic Coca-Cola Red Disc. It will be supported above-the-line by the existing Taste the Feeling campaign.

Coca-Cola South Pacific marketing director, Lisa Winn, explains the challenges the company has faced in expanding its range over the years. “With the launch of Diet Coke and other varieties like Coke Zero, we have drifted away from ‘Coca-Cola red’. We realised we were in danger of losing our iconic colour in a sea of other colours like silver, black and green, and we knew we needed to reclaim it as an icon of our brand.

“That’s one of the primary ideas behind the new design and the global One Brand strategy.”

The project was spearheaded by James Sommerville, vice president of global design. He and his team tapped into the historic and iconic designs of the past and were ultimately inspired by the hand-painted Red Disc seen in the company’s 1930s advertising.

“When applied across packaging, retail, equipment and experiential, this new approach becomes a global design language that… presents the range of Coca-Cola products available today in a contemporary and simple way.”

The Red Disc isn’t the only distinctive design element of the Coca-Cola identity. There is also the iconic contour bottle, the dynamic ribbon device, and the logo itself which is in a style known as Spencerian Script. Sommerville says, “they are all very important to the Coca-Cola brand identity system, and will continue to play a key role in Coke’s visual identity”, but believes the disc leverages the brand’s “unique heritage, in a contemporary and timeless way while also using a universal shape.”

I quite like the new packaging. I’m definitely a sucker for the “peas-in-a-pod”-type approach when it comes to designing for product variants. Here, the signature Coca-Cola red is front and centre in all instances and makes for a much more cohesive range. (Side note: Coca-Cola Life is now called Coca-Cola with Stevia.) Strategically, it seems the right step forward. As the masterbrand takes control of the overall look, the red (and therefore Coca-Cola) will have a much stronger presence on supermarket and stockist shelves. Also, there will no longer be distinct brand campaigns for each variant. Instead, all advertising will feature Coca-Cola products equally. One big, happy, delicious family.