This week, the company embarked on its first brand campaign in over five years, which includes a new logo, store design and digital presence, plus a rebranding of its shoe fitting technology. (To be clear, this overhaul applies to The Athlete’s Foot in Australia only – other territories retain their look.)

June 2018 update: RE has just added the project to their website. Check it out to learn more about their process and see a lot more examples of branded applications.

The typography of the old logo, although readable, was horrendous. It’s as if someone pieced together the words using characters from different typefaces. I mean, look at the two h’s – they weren’t even the same! What else? The x-height was wildly inconsistent; the e’s had a greater contrast of thick and thin strokes than the other letters; the tail of the t’s extended too far past the cross stroke; and the apostrophe was too circular – its minuscule spike barely distinguishing the character from a full stop. I suspect the wordmark was a hangover from an older logo, and it was criminal.

Accompanying the text was the appreciable winged foot icon, generally associated with Hermes, the Greek god of athletics (among other things). In terms of execution, it was a bit rough with uneven strokes, particularly in the wing. I did like the raised heel pose as it was a sort of freeze-frame of a runner in motion. The wing also conveyed movement, as well as personal growth and the aspiration to succeed.

Overall, the old logo was let down by poor typography and generally untidy linework, but the icon and what it represented were on the right track in communicating the brand proposition.

The new logo resolves the type issues by employing a contemporary geometric sans (which closely resembles Galano Grotesque). No messing around there. The icon has been revised with a higher heel and more curvaceous wings, which make it look even more on-the-move than before, and that’s only a good thing. The colour scheme, consisting of a sort of dark IK Blue and a just-barely-red red, looks quite hip. (An ancient version of the logo contained dark blue as well, so the decision to use blue here wasn’t entirely arbitrary.) 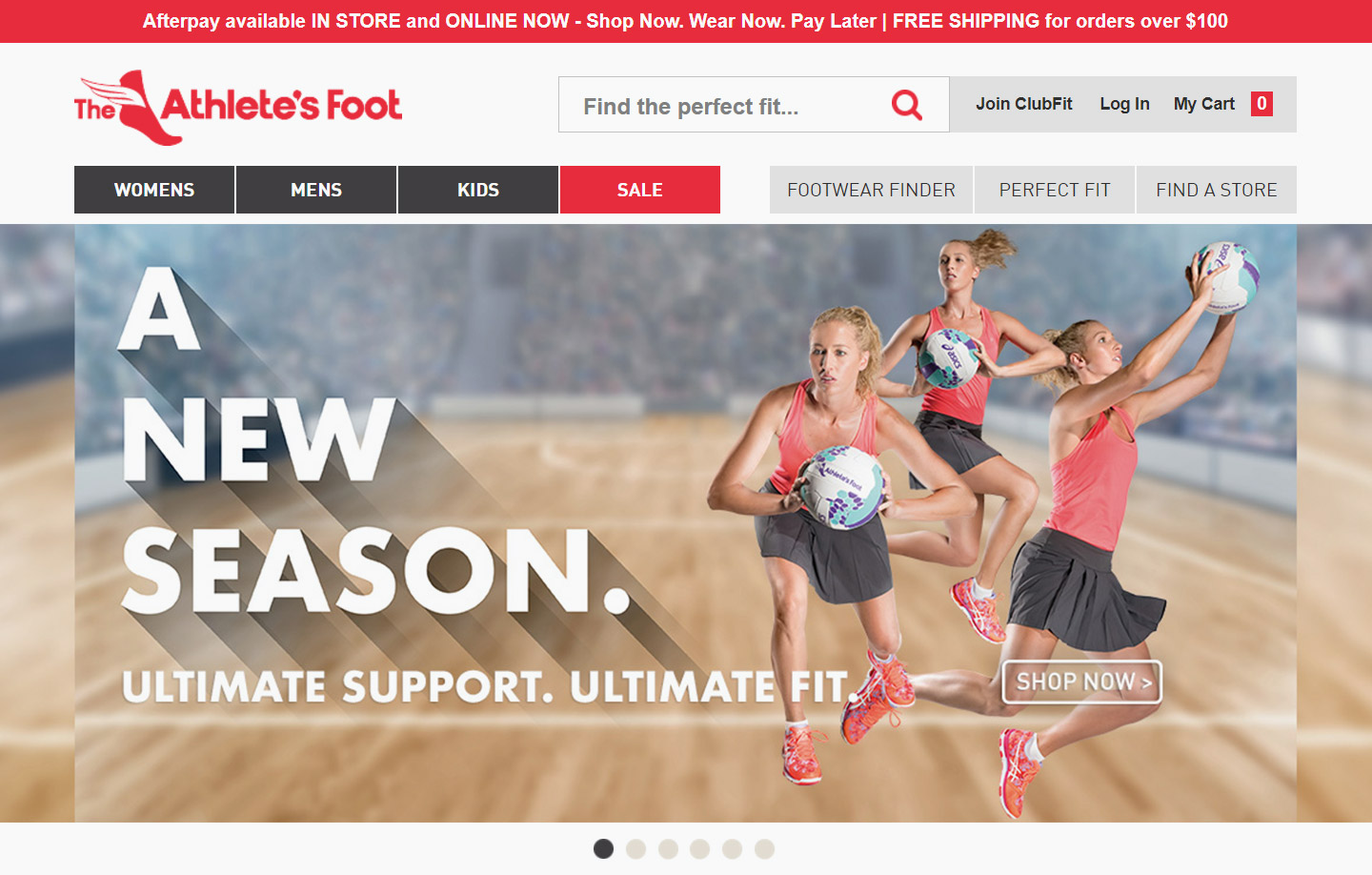 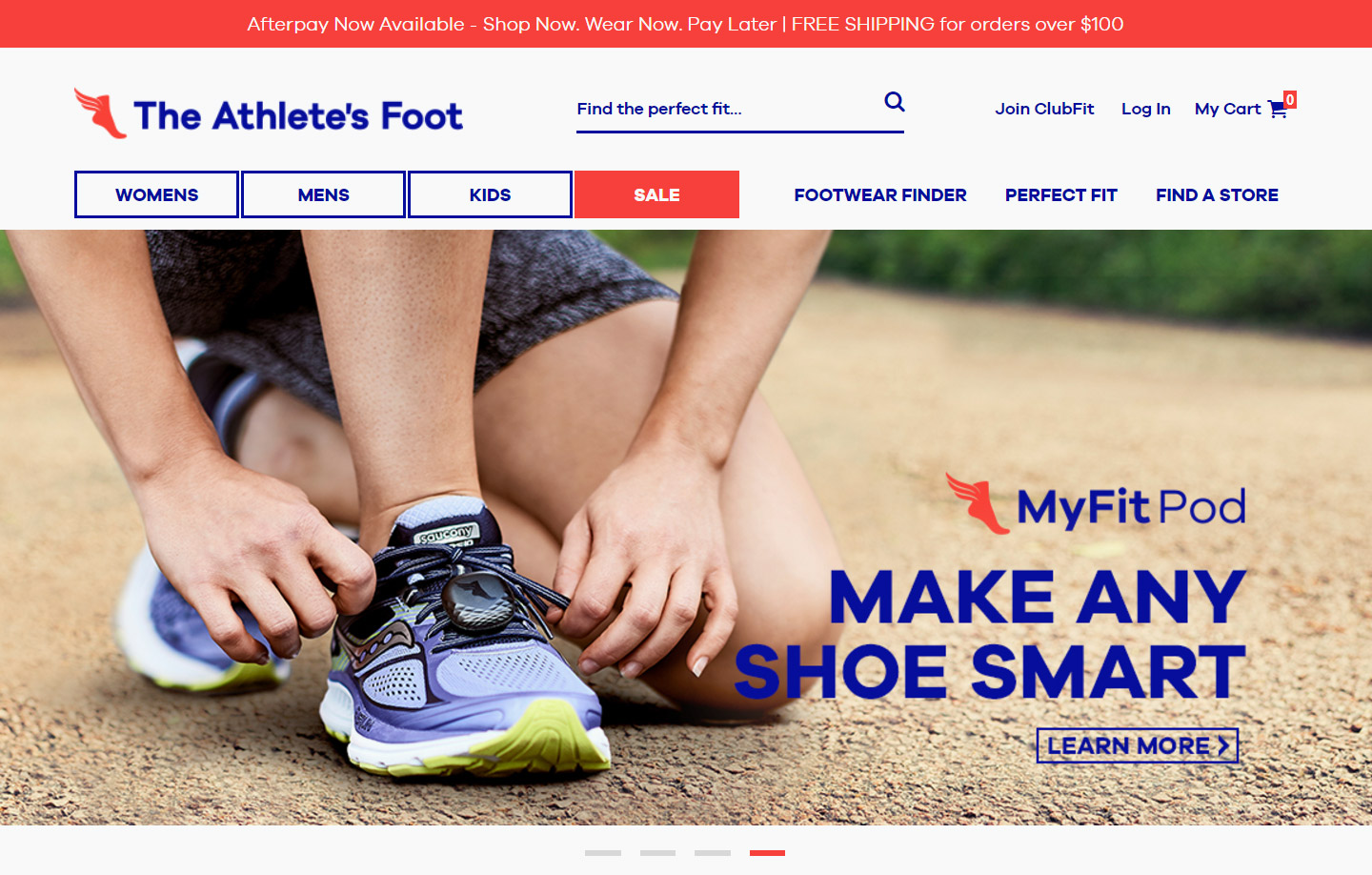 The application of the colours, both in the logo and new website design above (right), is rather striking. The vibrant hues are energising, and make me want to get off my arse and go for a run. Okay, not quite, but the colours definitely reinvigorate the identity.

The look of stores is also being updated, with dark floors and ceilings, new lighting design, and an easier-to-navigate layout. The changes make the retail presence feel more boutique and less pro shop. The company’s shoe fitting technology, MyFit (previously called Fitzi), remains front and centre in stores, and now that its logo visually ties with the company logo, the technology appears exclusive and proprietary to the company (which it is).

Overall, this is great update for the footwear retailer. The logo has gotten the polish it so sorely needed while staying true to its past; the website has a fresh new look that maintains a familiar user experience; the stores look slick and inviting; and the rebranding of the fitting technology to better align with the masterbrand strengthens the company’s competitive edge. The Athlete’s Foot has stepped up its game.

Below: TVC introducing the new brand.