Always rely on your brand colours

Reflex is a range of office paper owned by Australian Paper, the only Australian manufacturer of office, printing, packaging and industrial papers. The Reflex brand was launched in 1984 and was the first paper brand in the world to be advertised on TV. The company recently updated its logo and packaging to coincide with the launch of its new and improved range which features Ink Wise, a “new standard in print and paper performance”. With Ink Wise, prints are sharper and more vibrant “with absolutely no extra ink, toner or effort” and the sheets are “smoother and whiter than ever before”.

There was nothing particularly wrong with the previous logo. My only observation is that it kind of had a machined quality to it, due to the similar shapes of the letters and in the way the crossbars of the R, Es and F were aligned. The slant of the type, and indeed the lines above and below the logo on packaging (below), conveyed movement. Along with the tagline, these elements seemed to support the brand’s selling point of reliable, continuous printer performance.

The new logotype moves away from the sturdy uppercase in favour of a more relaxed, friendlier, humanist sans serif in title case. There are still hints of the old style, though, in both the slant and the selectively rounded corners of some of the letters. I do like the treatment of the “fl” ligature, where the tip of the f appears to cast a shadow on the l – a nice little touch. And sensibly, the striking yellow and blue colour combination has been retained, as it has no doubt become a strong signifier for the brand.

Check out comparisons of the old (left) and new (right) packaging below. 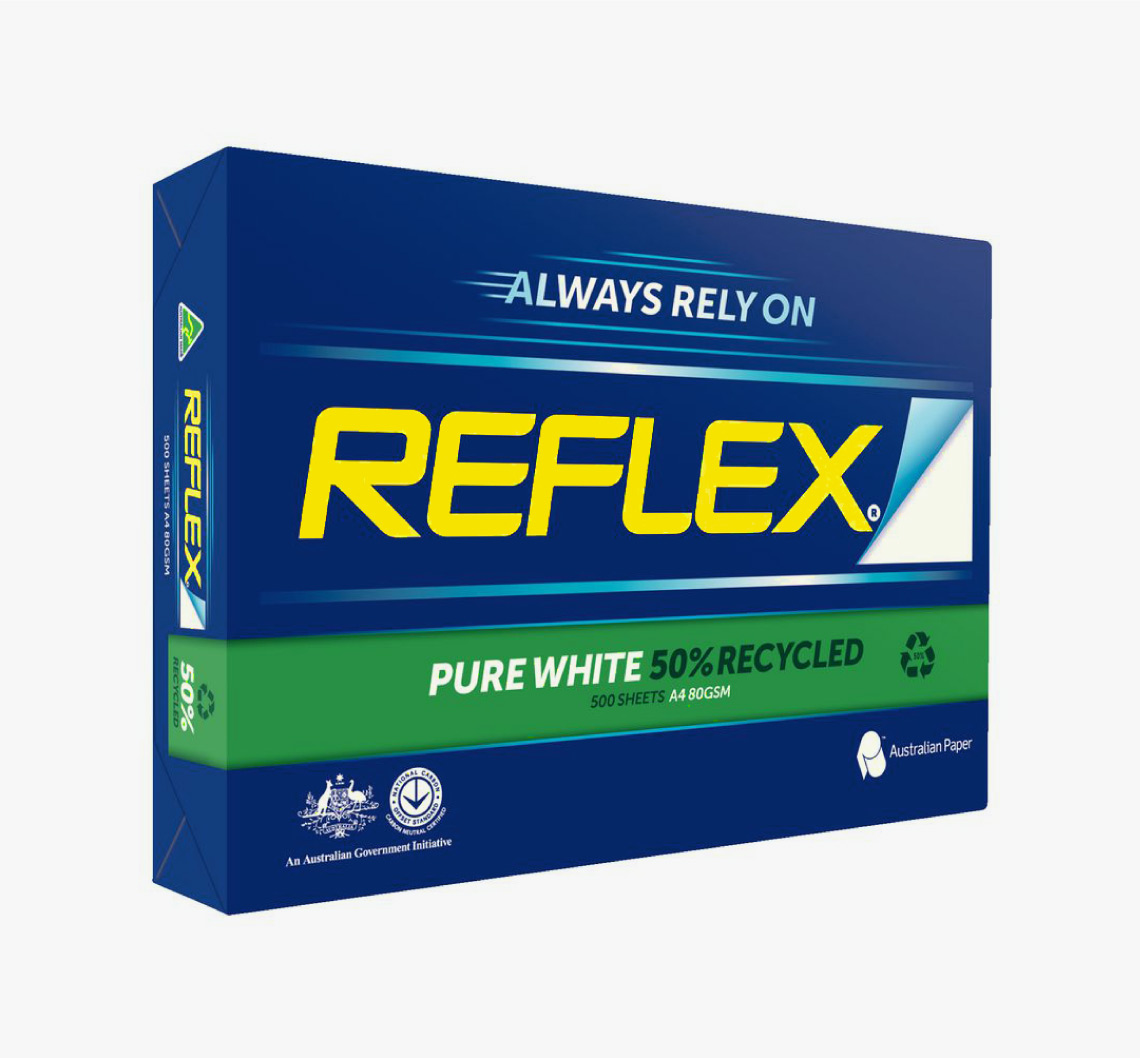 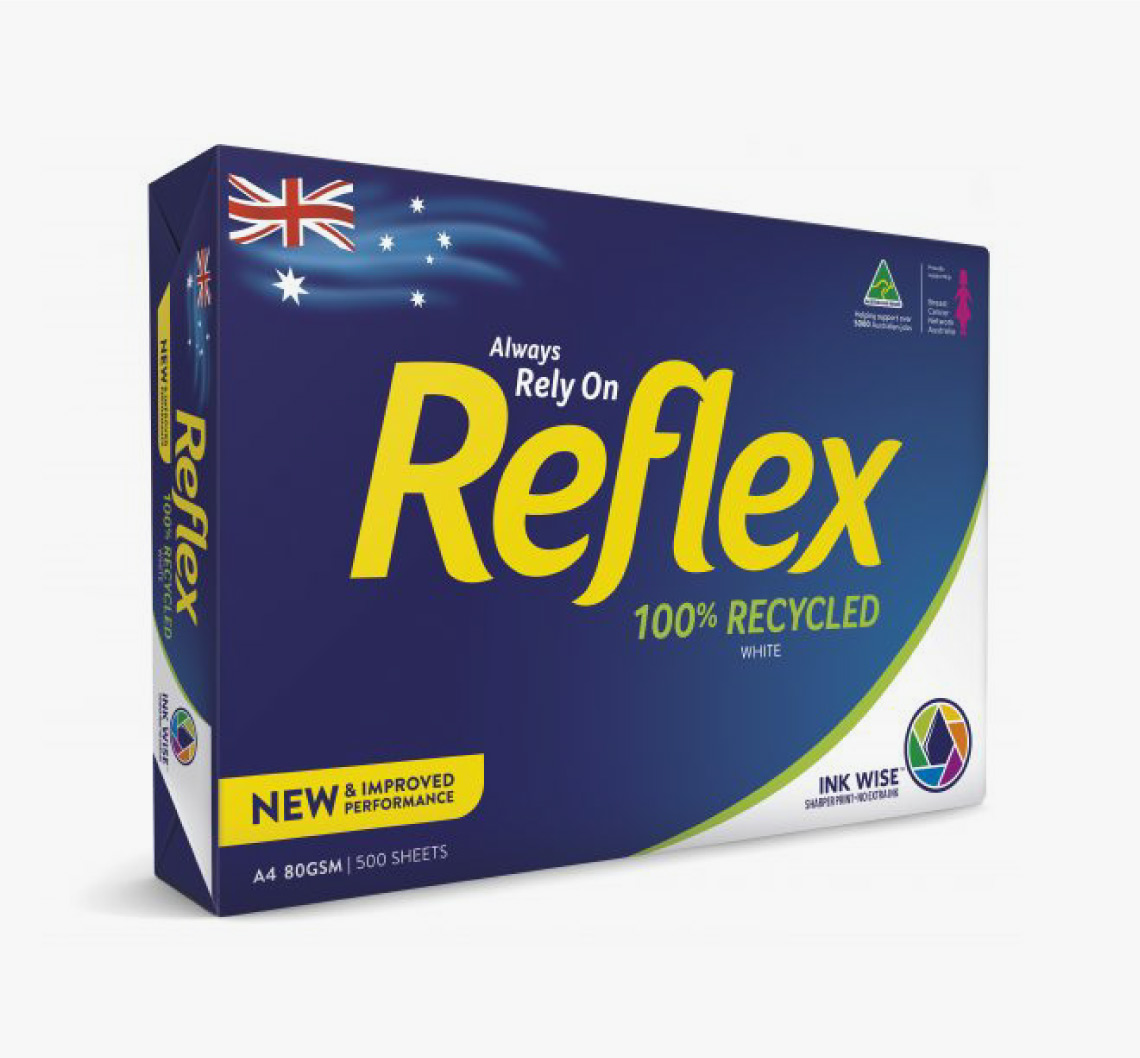 Significantly, the Australian Made logo as well as a stylised flag of Australia feature on the front of the packaging, because supporting Australia feels good. Consequently, the “Always rely on” tagline loses real estate. (Evidently, however, enough people rely on Reflex to make it “Australia’s favourite office paper”.)

But does this all matter?

I’m not sure whether products in this category, or consumables in general, can benefit greatly from logo refreshes. Even with a gimmick like Ink Wise, I would think the average office worker would place greater importance on the cost per sheet than the paper qualities when making the next paper order. If anything, the new features may reaffirm the purchasing choice of Reflex’s existing customers. Cynicism aside, this is a nice refresh which I commend mainly for the better exposure of the brand’s Australian-ness.