Cabcharge (est. 1976) is an Australian company with a diversified portfolio of payment technology, financial services and passenger transport. It is primarily known for its account payment system of the same name, which provides a way to pay for taxi fares by non-cash means. Cabcharge has the largest affiliated taxi fleet in Australia with 8,500 vehicles, and has driven the evolution of the taxi industry by developing high-tech communication networks with dispatch and logistical services.

The rebrand (which seems to only apply to the payment system) comes as the company introduces a new digital payment option through Apple Wallet, called Cabcharge Digital Pass. It follows the rebrand of its subsidiary company, 13cabs, in June.

The old logo had connected letters with an inline effect which gave them the appearance of roadways (or transit routes), so it was conceptually on point. The effect also looked like a bunch of connected wires, giving the logo an added technological feel that was suitable for the payment system.

In execution, I think each letter was joined to the next in the most logical manner, and I could easily read the word as “Cabcharge”. I wasn’t particularly fond of the inline extending to the ends of the strokes, making it look like an incomplete Scalextric track. It was also strange that the terminals of the lowercase c and e were cut at an angle while the others were cut perpendicular to the strokes. The leading C could have been a bit smaller, too.

The old logo was unexpected but not ridiculous – I liked it.

I’m not sure whether or not the old logo was produced with a font, but the new one is and set in Avenir.

Its hook is the right-facing teal triangle which communicates the idea that the company’s taxi network “gets you from A to B” – not unlike the arrow integrated into the new 13cabs logo not too long ago. I think it’s clever to have utilised the counter of the A as the arrow, but I’m a bit disappointed that this logo recycles the same visual pun. Cabcharge prides itself on its innovations in payment technology, so I would have liked to see something different, if not hinting at its presence in this space.

I also don’t think it was necessary to differentiate the “AB” in weight, especially in the middle of the word. The arrow is enough of a cue to the underlying meaning, and I think it’s better to allow to the audience to discover the meaning themselves rather than make it too obvious. (Or maybe it’s just obvious to me, having seen the 13cabs logo.) Take the Amazon logo, for instance, with its arrow pointing from A to Z to symbolise how customers can find everything they need there – the A and the Z don’t stand out from the other letters. Or the bear hidden in the Toblerone logo which acknowledges the ursine symbol of the Swiss city in which the chocolate is produced. People like to feel clever! 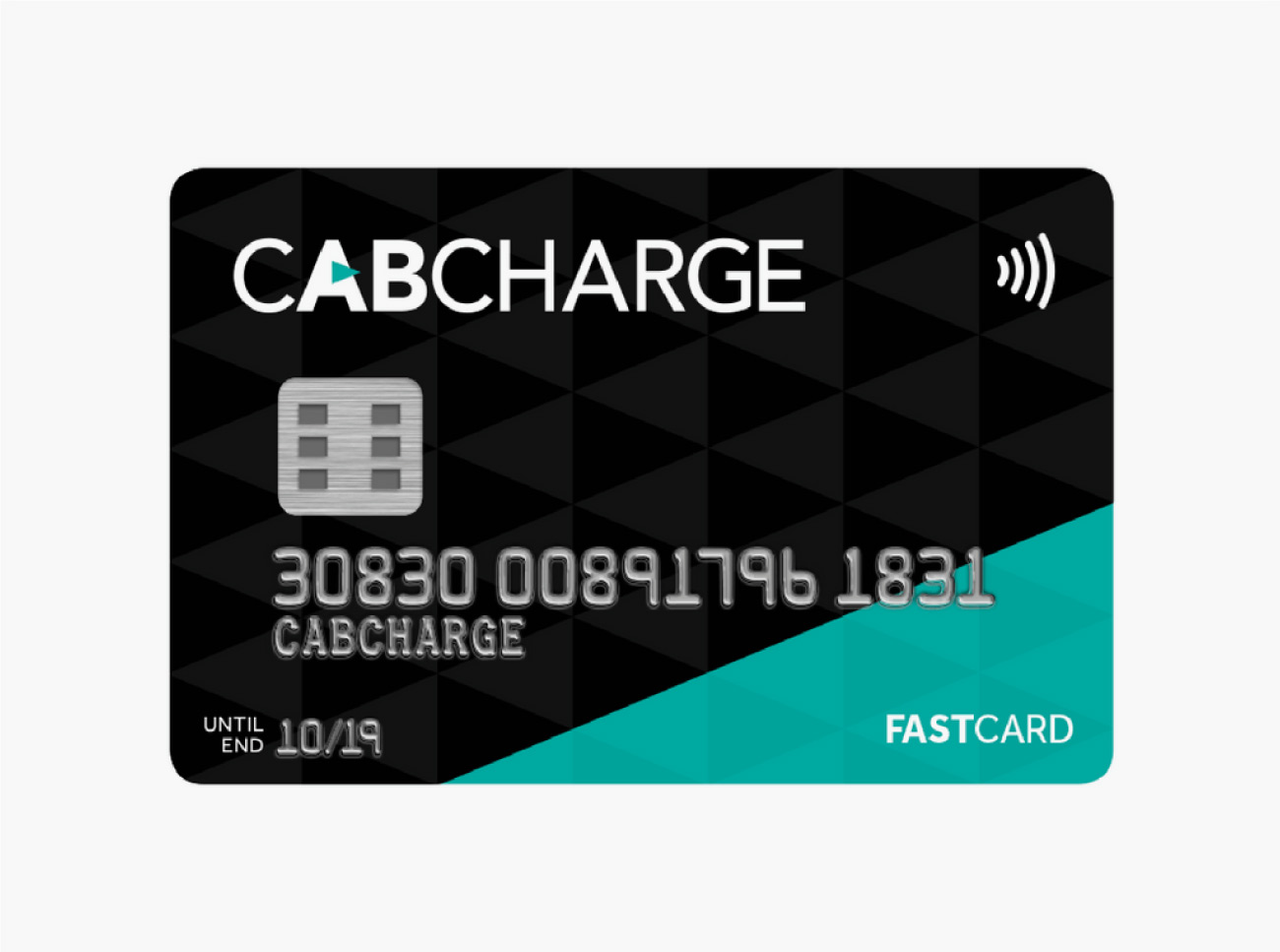 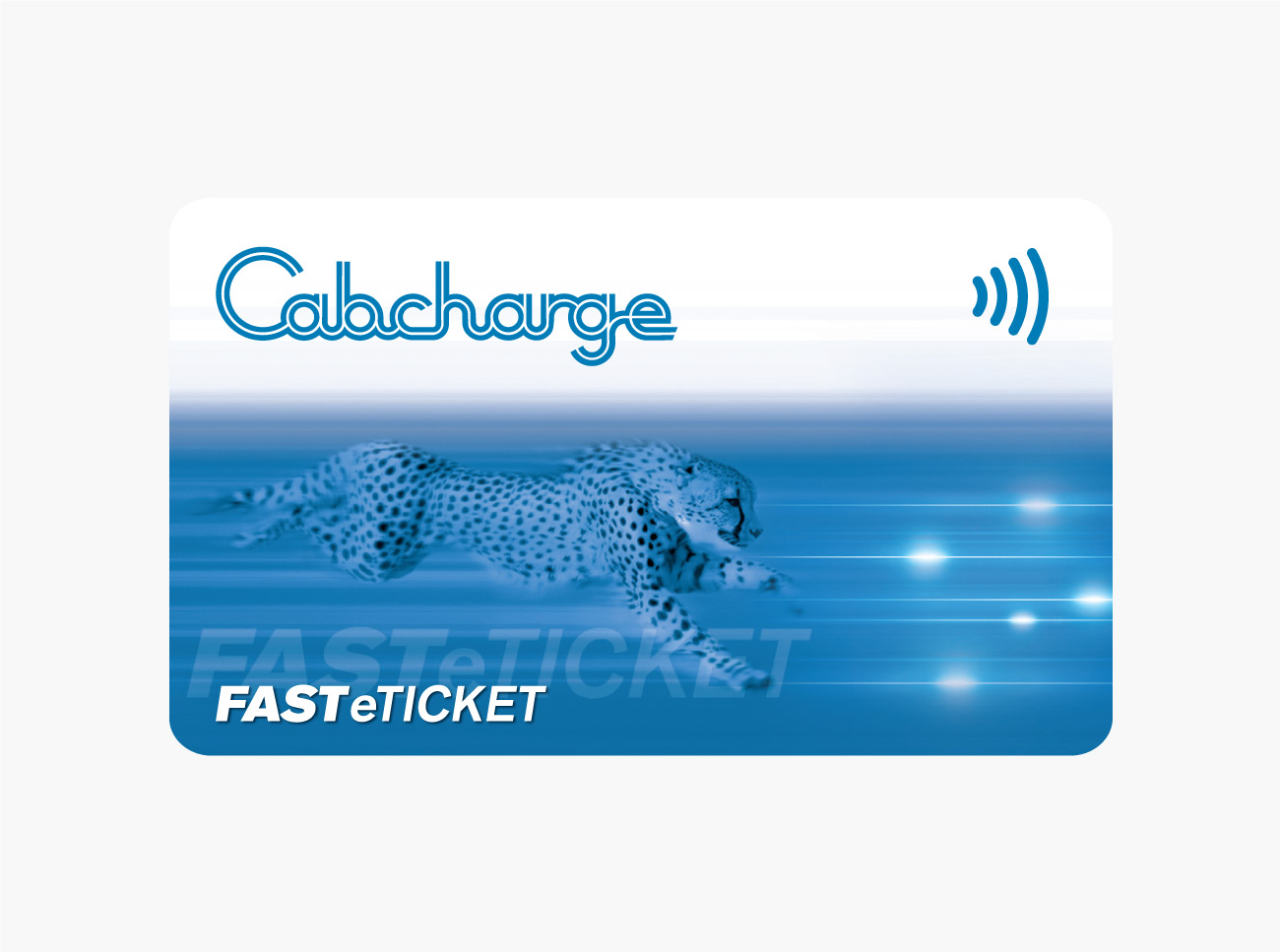 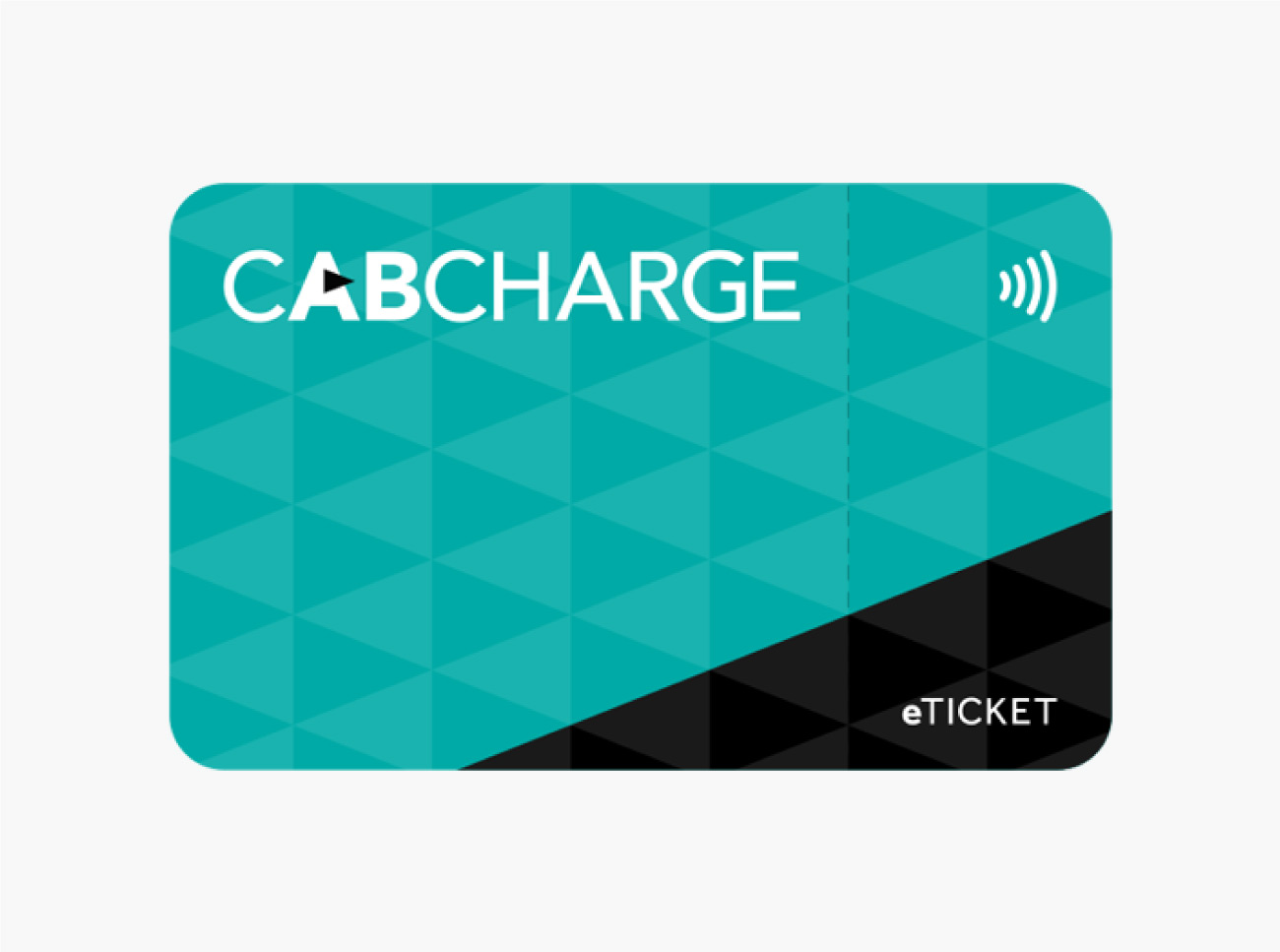 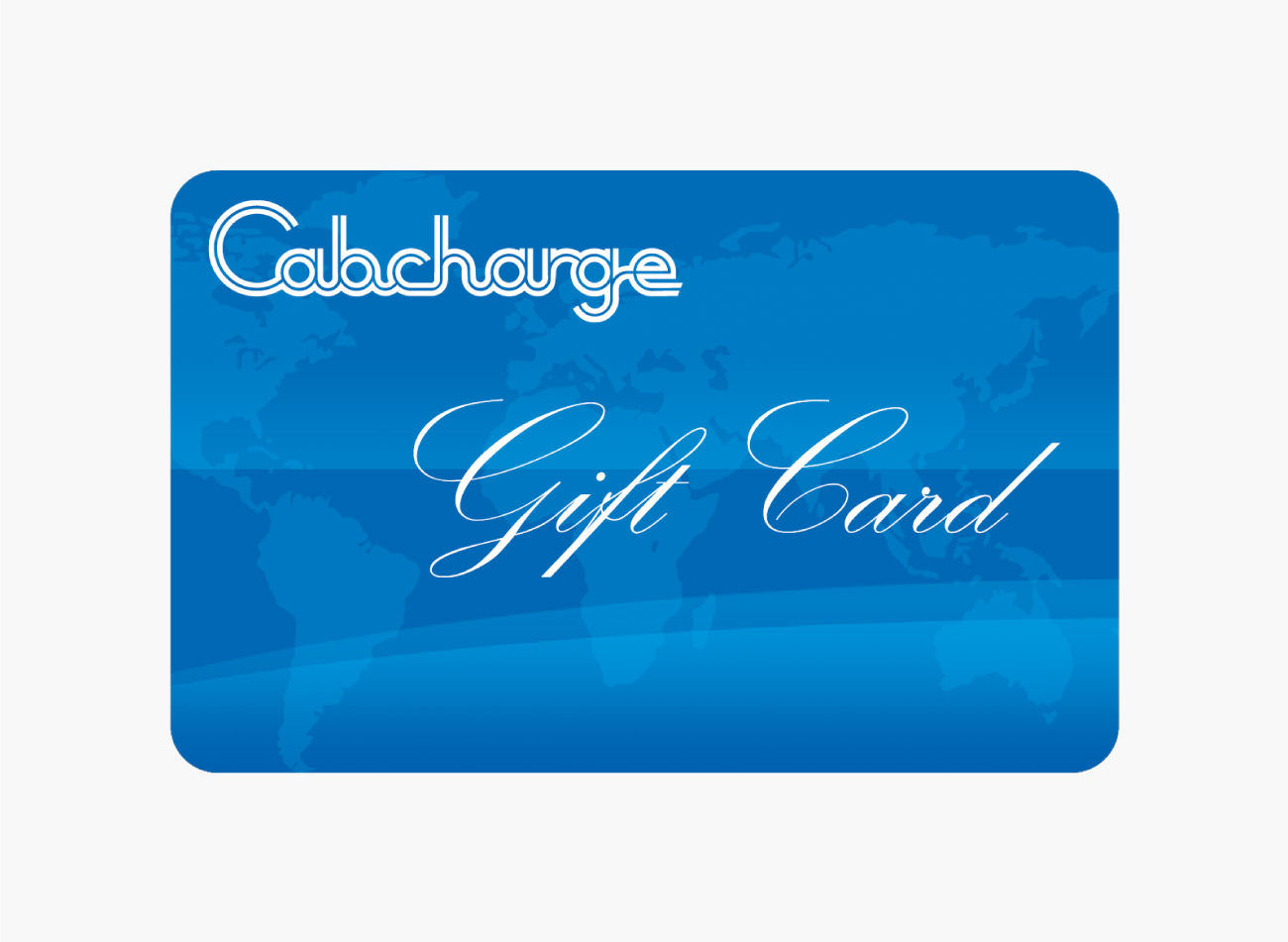 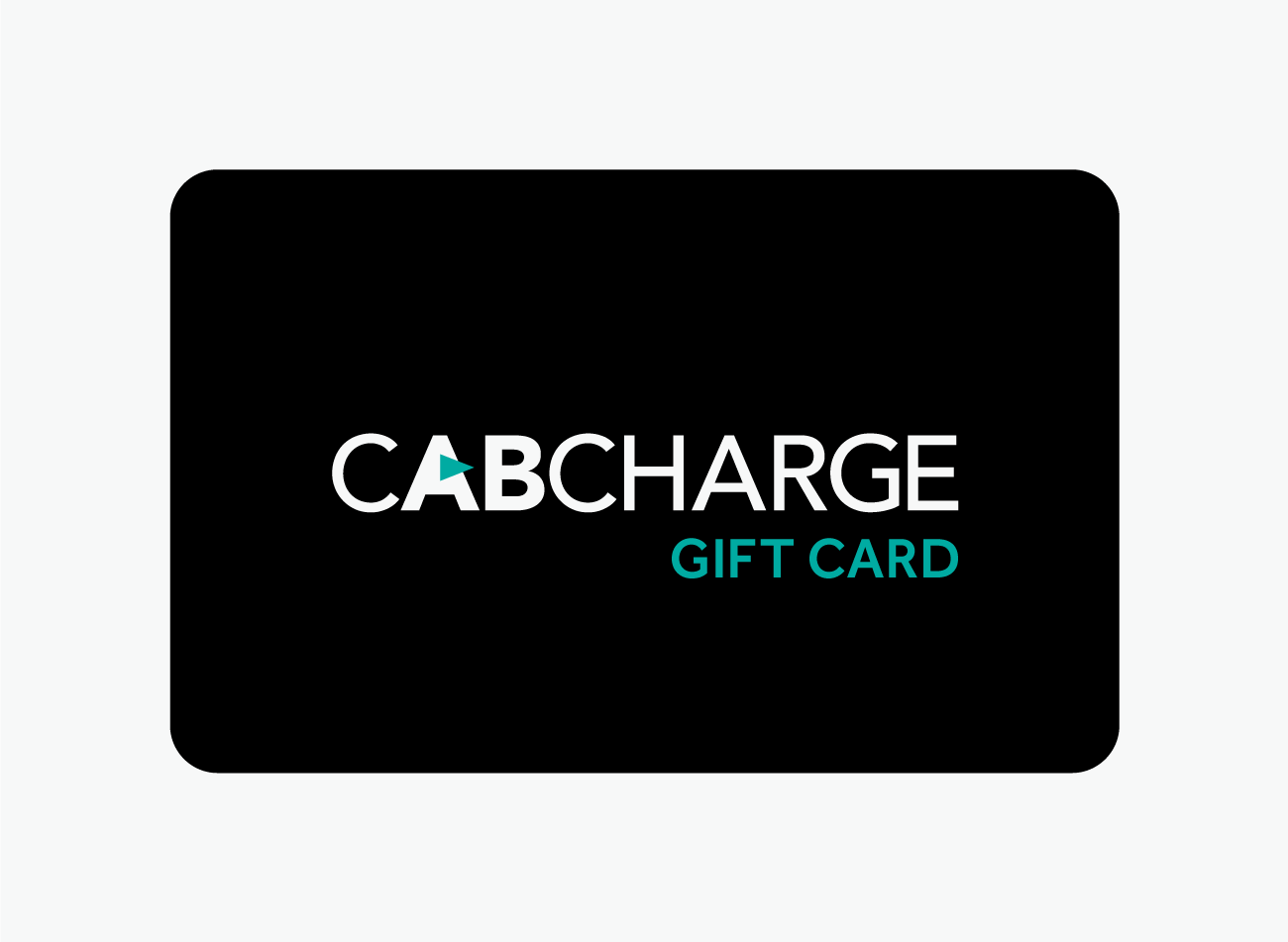 The rebrand has been rolled out across Cabcharge’s payment solutions, which in practice includes the redesigned payment cards above. On these, the arrow is applied as a pattern, creating a sense of direction and movement which I think is appropriate for a brand that surfaces when people are on the move.

Overall, this is a step up for Cabcharge as it renews its focus on delivering better experiences for riders, especially those travelling for business. The logo, in a classic font, feels more at home in the corporate world, and the redesigned physical cards along with the new Digital Pass are visually coherent. The new identity won’t win any awards for originality, but it’s more polished and professional-looking than before, and will help cement Cabcharge’s position as the preferred travel provider for many companies.